«You have to be intelligent to come to Ibla. And I am aware this is an impolite discrimination, I do not know what the local tourism can benefit from that. The fact is you need a certain education of the spirit, a taste for silent and blazing stones, blind alleys, vane bends, and shutters closed above a black spying sight …»

Ragusa Ibla is one of the cities in the Val di Noto area that undertook an extraordinary reconstruction after the terrible earthquake that hit south-eastern Sicily on 11 January 1693. Ragusa then had a population of about ten thousand people and it was massively decimated. The reconstruction involved the entire society of that time: the then-ruling Spanish government, the feudal nobility, the church and urban communities. Several studies prove that the reconstructive choices and the new urban plans depended closely on the social conflict between the old dominant class and the emerging one. In fact, if cities like Catania and Noto opted for a reconstruction that retraced the ancient urban limits dividing the rich and the poor, in Ragusa the locals decided instead to create a second settlement on the top of the plateau, on “Patro” hill in front Ibla. The new settlement was designed according to a modern urban conception consisting in a planned layout of wide streets crossing each other. This clearly contrasts with the old urban layout of Ibla, whose rebuilt town still lays on a medieval urban scheme of winding and narrow streets. It should be noted that even before the earthquake there was already a housing settlement outside Ibla, but the earthquake gave a new impulse to the secession of the group known as “San Giovannari” (i.e. St. John the Baptist’s fidels) who abandoned the old site in order to build the new Ragusa. The subsequent construction of San Giovanni and San Giorgio churches (two coexisting cathedrals respectively in upper Ragusa and Ibla), both symbols of the reconstruction challenge, contributed to promote a new particular architectural style, the late Baroque, in one of the most beautiful Sicilian provinces.

However, Ragusa does not only have a Baroque soul. Baroque art, indomitable and theatrical, certainly captures the viewer, but it is important not to forget that Ragusa was also a medieval city. In Ibla, a portal in the Gothic-Catalan style, such as the portal of old San Giorgio church, could unexpectedly stun the visitor showing him another aspect of the city. An even stronger experience is to enter the church of Santa Maria delle Scale, a sort of architectural pastiche located in the stairway which marks the border between the two cities, as the church preserves an intact gothic nave inside. 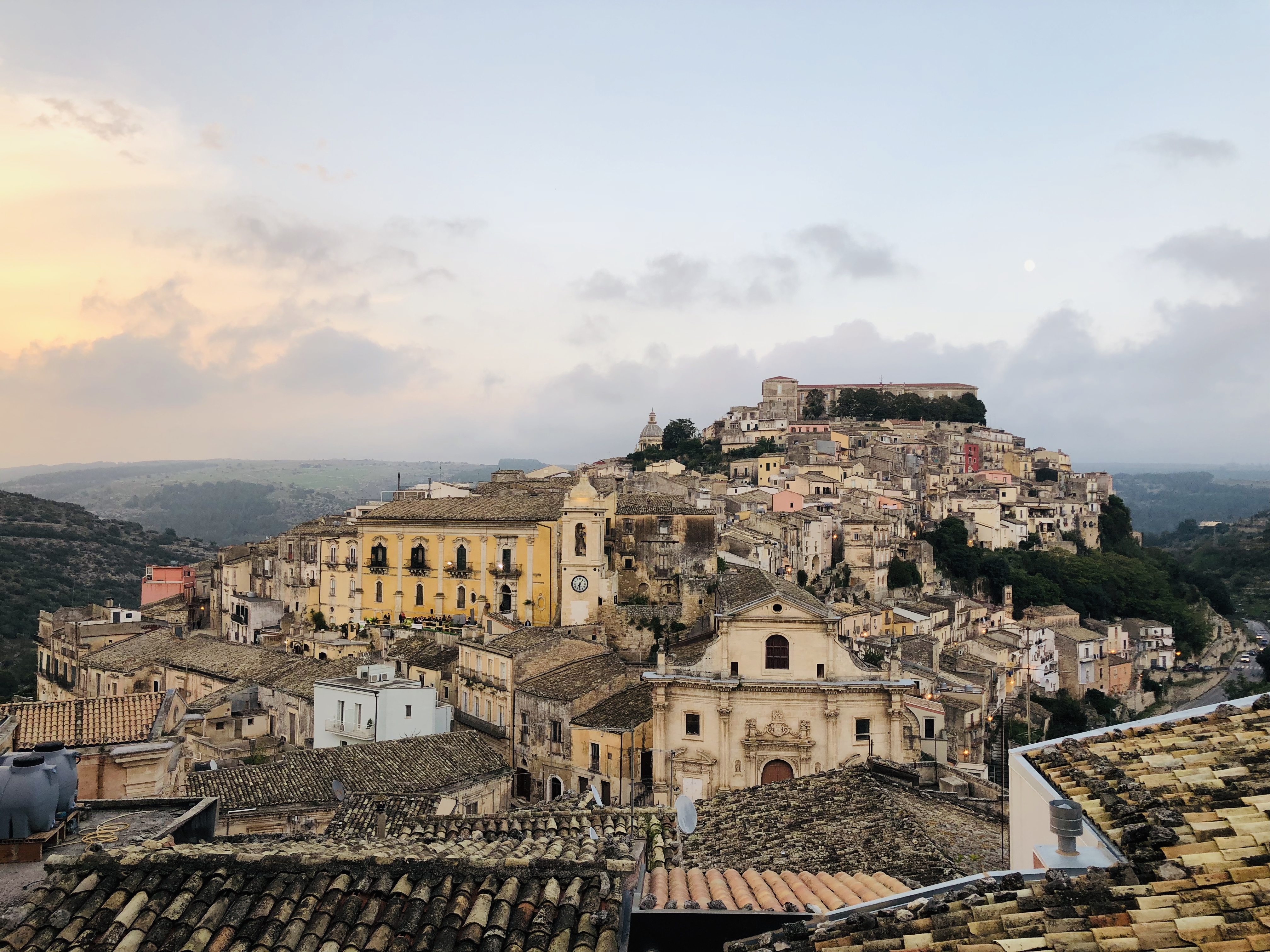